Both Australia and New Zealand need to learn and learn quickly from demoralising defeats at the hands of England and Ireland.

“Australia were in contention on the scoreboard for much of the game, but never on the pitch.”

“New Zealand were second best in the important stats of territory and possession.”

There is an acute lack of discipline in this Australian squad. Some players are regular offenders. Some make stupid mistakes. Bell lifted a player not in possession and drove him into the ground, then looked perplexed! White continues to block the kick chaser. Occasionally he gets away with it, which serves only for him to continue to do it!!

Michael Hoopers post-match interviews have a familiar ring about them!

The only positive from this try less performance, the counter rucking.

Selection for the game against Wales should be seen as development and tactical; let’s make changes. More punch is needed in mid-field, so Perese must start at 12 and switch Paisami to 13 where he can make those well timed out to in runs.

McDermott and Lolesio to start at half -back. Challenge them!

Leota and Valentina are too alike, both battering rams! We need some variation in the backrow and some footwork!!

Rennie must make a statement because the message isn’t getting through.

England are in a good place! By changing members of the backrow, they can change their style of play during the game. The question remains, do you lose Curry’s ball retention and support play skills when he plays at 8? England were counter rucked on several occasions and penalised because of the role of the second man in support of the ball carrier.

Their ability to send forwards rampaging through midfield though was admirable.

Steward is a fixture! Outstanding in the air and smart in attack. He oozes class. There is depth in England’s back line and flexibility. Lots of young players emerging, which is vital 2 years out from the World Cup.

Marcus Smith will blossom and if allowed to play with freedom will create havoc, especially if he plays off some penetration in the 12 channel.

Huge challenge against the Boks next week though. I would start with Dembrandt at 8 and Curry at 7.

Lookout everyone! This was a statistical demolition! New Zealand had no possession, no territory, few chances, and had to constantly make tackles in a game of attack and defence.

How on earth they were within 3 points going into the final 5 minutes is a credit to their resilience.

Ireland played with a high level of intensity from the first minute. Irelands well patterned and executed play had New Zealand scampering from one ruck to the next. This Irish performance suggested the shackles of the Schmidt era have been tossed away. They have big match depth off the bench and in no 6 Doris and No 8 Conan two World class forwards. But it is their collective team presence that makes them so compelling to watch.

My tip…they will win the 6 Nations.

New Zealand now face France in Paris the day before they fly home!!! 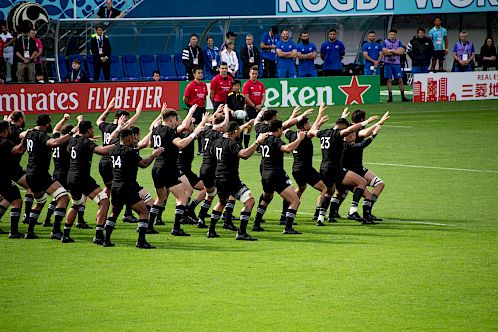 Scotland for all their promise of a new dawn, succumbed to the doggedness of the South Africans. The Boks strength over the ball is immense and immovable, penalties follow. Their second half team adds improvement! They are resilient and build pressure, which at the very least produces penalties, then points.

Scotland wanted to play open rugby but were suffocated and sucked into an arm wrestle. South Africa’s attack in their opponents 22 is not pretty to watch. Big one out runners batter away, until you submit…it was ever thus!

Scotland will question this loss and be a little bemused because the Boks are quite different from other teams. You are in the fight for a long time but lose on points.

England v South Africa may be the game of the Spring tour and poses some interesting coaching issues for Eddie Jones and his staff.

Much was expected from Italy after a creditable performance against New Zealand, especially from the forwards. However, the verve and commitment shown 7 days ago was sadly missing. This was a tired and laboured performance and one that will challenge the Italian coaching staff.

The basics that served Italy so well, especially the role of the second man in at the tackle were missing and this allowed Argentina to build pressure and go forward. Next week’s game already looms as a must win game!

Argentina to their credit have maintained a high level of enthusiasm and commitment on this global tour covering several continents. Many players play in France and have become battle hardened. They will need all their mental reserves to cope with a rampant Irish squad next week.

Being a coach is a difficult role, made even harder by stupid player behaviour! Late in the first half with Fiji ahead, a Fijian player takes a deliberate late swing at a player’s head after the tackle has been completed…. lunacy at best, red card.

After 58 minutes Fiji lead 23-14. Losing one player was bad enough, then a yellow card opened the door for a Wales revival. With world class players like Rees-Zammit and Liam Williams, Fiji succumbed to constant pressure.

This was a sketchy performance by Wales. Like other teams they are without key forwards, especially Alun Wyn-Jones, but their line-out catch and drive is well organised and productive.

Fiji can provide an upset at the next World Cup if they can keep everyone on the field. Some of their support play is direct, well timed, and difficult to stop…. but they do like belting opponents in the tackle, which is easy to detect by the TMO and his forensics department!!

Bernard Laporte, President of the French Rugby Federation is ensuring The National side play games across many stadiums in the South of France.

The Matmut Atlantique stadium in Bordeaux, the venue for France v Georgia.

Georgia, well respected for their forward play cannot afford to be taken lightly.

France persist with Ntamack at 12 and Jalibert at 10 in a two-play maker role. Add Dupont at 9 and you have a trio that may well dominate the next World Cup.

Fluency has always been the hallmark of French excellency. When they are moving forward in support of and with the ball, they are a delight to watch. When forwards and backs combine, they are unpredictable and exciting.

Coach Galthie will have had this in mind, not only to win this game but as preparation for the visit of New Zealand next week.

Thus, the outcome was inevitable. Georgia proved awkward and exerted some pressure through their forwards, but France has some classy players and given ball on the front foot ran out easy winners 41-15.

Paris will be a vibrant city for the arrival of New Zealand. Listen to the singing of the Marseilles at the Stade de France, then sit back and enjoy.

“10/12 is a good age to teach jackling technique. Be creative, use equipment before players. Make it fast and dynamic, play away from it”

You can use round post protectors laid horizontal to replicate players if you have no suitable equipment.